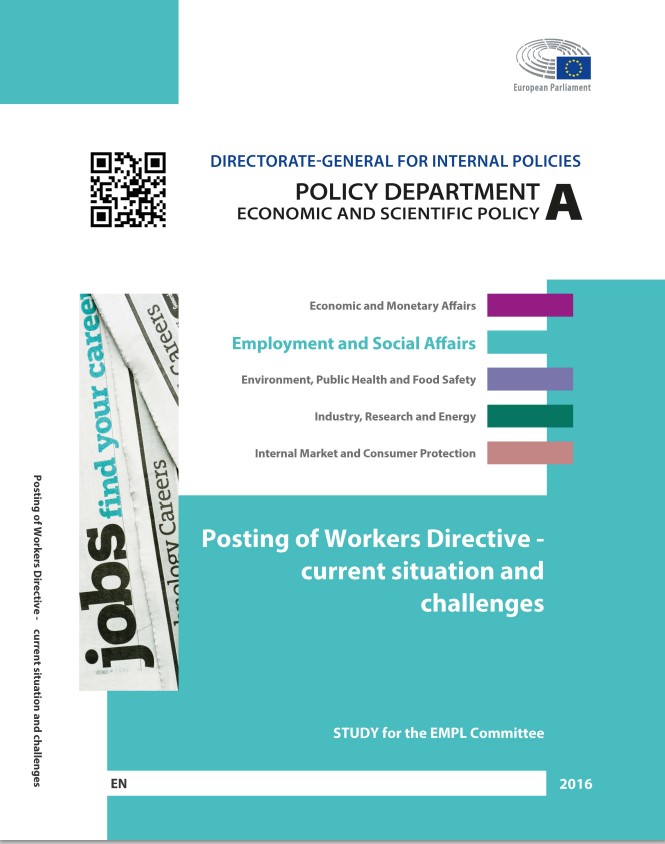 As a specific form of temporary labour mobility, posting has been a prominent topic of public and political debate during previous decades; this is despite it still being a  relatively small-scale phenomenon, in terms of both the numbers engaged in the activity and its overall employment  share  in  general. Posting  is   often  linked  to  broader  issues,  such  as  the labour  market  effects  of  EU  enlargement  and,  here  in  particular,  restrictions  on  the  free  movement  of  workers,  unfair  competition  based  on  labour  costs  and  ‘social  dumping’, amongst others.

This study was commissioned by the European Parliament’s Policy Department for Economic and Scientific Policy, upon request of the Committee on Employment and Social Affairs. It provides an overview of the Posting of Workers Directive, focussing  on  the  current  situation  and  major  patterns  regarding  the  posting  of  workers in the EU. Attention is also paid to major problems and challenges and how these have been addressed by political and jurisdictive debates as well as by proposals  to  improve  the  regulatory  framework  of  posting.

In  light  of  the Commission  proposal  (published  on  8  March  2016)  to  revise  the  Directive,  the  study aims to provide the EMPL Committee with an assessment of the proposal, having taken into account both the key challenges addressed, and the previous resolutions and requests made by the European Parliament.