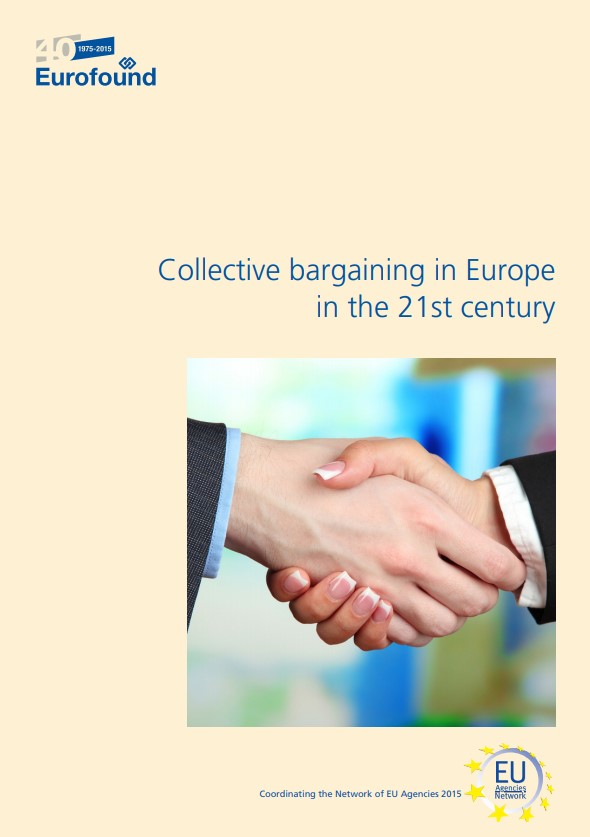 Collective Bargaining in Europe in the 21st Century

Collective bargaining systems, frameworks and practices in the EU have come under some pressure in recent years. Against a steady, long-term decline in the numbers of companies and workers covered by a collective agreement, employer organisations and some politicians and experts argue that the collective bargaining system is too static and inflexible. They insist that companies need more room for manoeuvre to adapt, specify and deviate from higher-level agreements to respond better to accelerated global competition. This pressure has increased since the 2008 crisis, when several EU Member States, in response to high unemployment rates, implemented labour reforms aimed at increasing competitiveness, productivity and job creation.