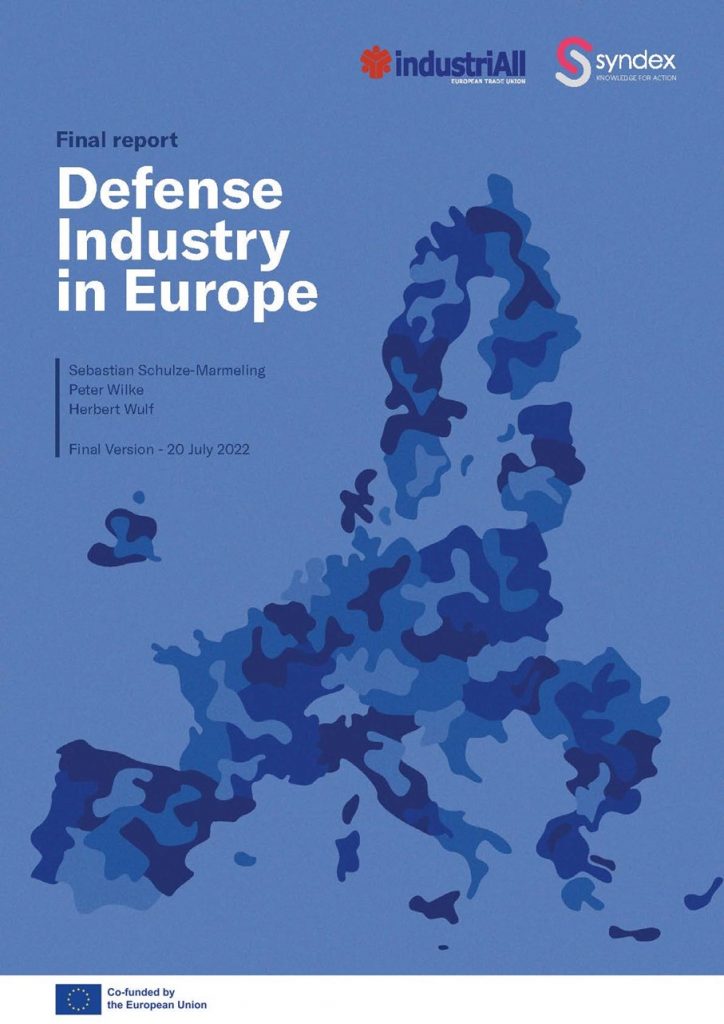 The European defence industry was at a crossroads at the beginning of the industriAll Europe project three years ago. The industry was confronted with overcapacity, restrictive national export regulations, unclear perspectives for new procurement programmes and tense discussions on military budgets in several European countries. By then, several developments of global dimensions inside and outside the EU suggested that these challenges would require a response that would go beyond national decision-making: the “America first” policy within NATO, Brexit, the increasing US-China competition and their global geopolitical ambitions, disagreements within the EU about the future of the security and defence policy and the economic effects of the COVID-19 pandemic, to name only those areas that were problematised. The war in the Ukraine has radically changed this.

It will have repercussions for the defence industry. It is not yet clear how defence policy will be shaped; strategic debates about the new situation are just starting and some of the old dilemmas (such as the cooperation or competition between NATO and the EU, the consequences of Brexit on cooperation in the development and manufacture of weapon systems, US priorities in Europe or in Asia) have not disappeared. The developments confronting the EU and its member countries are primarily of a political and security dimension, but they will have far-reaching economic effects, particularly on defence firms. The landscape in which the defence industry will have to operate is entirely new.

Although the context has evolved over the course of the project, its initial objectives remain all the more relevant since military cooperation should always go hand in hand with transnational worker representation. The action’s main aim was to increase the capacity of trade unions and of workers’ representatives in national and European Works Councils, and more generally in all institutions involved in the information & consultation rights of workers, to successfully participate in shaping the transformations brought by the upcoming integration, at the scale of the European Union, of defence procurement. Recent political developments have not stopped this transformation, although it remains to be seen which trajectory the industry will take.

Syndex, wmp consult and industriAll Europe, together with its affiliates, organised 2021 and 2022 four sub-sectoral workshops and a final conference on the social consequences of the integration of defence procurement at EU level. The sectoral workshops covered a range of sub-sectors facing different challenges.